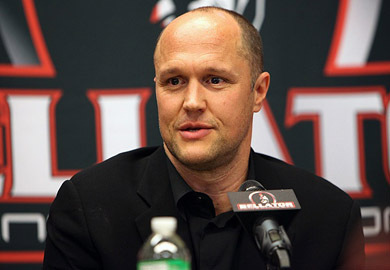 Bellator boss Bjorn Rebney told the press during Saturday’s post-fight presser that he agreed with some of the more controversial decision’s on the evening’s pay-per-view card.

And the co-main? Rebney stated,

“I thought the co-main event decision was good as well.”