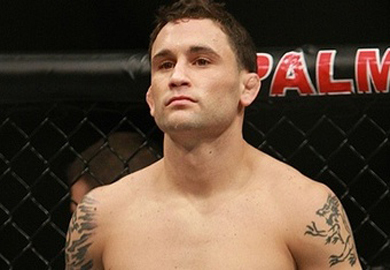 You’ve never fought at 145 pounds before. Are you worried about the weight cut? Will you do a test cut to make sure you can make it down without a problem? No, because I’m not that heavy. With the way I’m training, I’m already less than 10 pounds over, so we’re really not going to try that hard. I don’t think it will be an issue at all.

Aldo’s talked about knocking you out and then moving up in weight to win another title. What did you think of those comments? Everyone’s got to motivate themselves in their own way. He hasn’t fought in a year, so I think maybe he forgets how it is to be in there and needs to motivate himself. But he’s got something coming if he thinks this is going to be an easy fight.

What challenges does Aldo present? He’s a great striker, fast and explosive. He’s got great knees and great kicks. He might be the most dynamic striker we have in the sport, right there next to Anderson Silva.