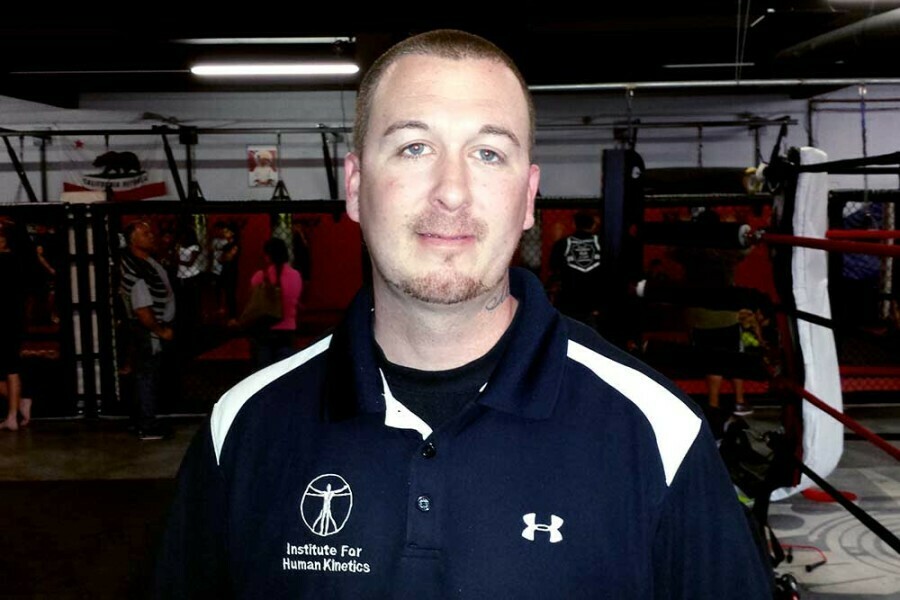 Chad Macias, Team Alliance MMA strength and conditioning coach and molecular physiologist, was a guest on BJPENN.COM Radio a few weeks back. During that episode Macias spoke about Brazil’s athletic commission, Comissao Atletica Brasileira de MMA (CABMMA), and presented what he saw as discrepancies in their drug testing procedures. For a quick recap of that interview go HERE.

An article from MMAJunkie.com, that has since been updated, came out stating that the CABMMA said all fighters on the UFC 179 card were tested, and additionally the main and co-main event fighters were tested for Human Growth Hormone (HGH) and Erythropoietin (EPO).

This article prompted Macias’ original concerns regarding the commissions drug testing procedures. He knew that co-main event fighter Phil Davis was not given a blood test, which Macias says is the only way to do an accurate test for both HGH and EPO.

After Macias presented his information on BJPENN.COM Radio the commission came forward with a response. They said that they in fact had never tested Phil Davis for HGH and never stated that they did. They also said that he was tested for EPO, with a urine test.

Now back to Macias, who stopped by BJPENN.COM Radio again this past week to respond to the new information and address some of the backlash he has faced since coming forward with his comments.

Below is a big chunk of what Macias had to say concerning the happenings between himself, the commission, and the UFC since first coming forward.

“You’re taking a pretty significant risk any time you fight in another country. The reality is that the UFC, god bless their hearts, it’s not easy, but their going into these countries that don’t have commissions or that have commissions that don’t monitor drug testing at all. The UFC is then in charge of self-regulating. In the case of the Brazilian commission, what it’s really come down to is that I can see that they have no interest in being professional, they can care less about ethics or the way that they’re viewed by the international community because their direct email to me was that they would not release a copy of Phil Davis’ drug test results because of my false accusations against them, and when I talked to the lawyers from the UFC and I talked to the UCLA Olympic Analytical Lab where the test was actually run, you know, being told that ‘Well it’s medically protected private information’ and that only Phil (Davis) can obtain a copy of the test.”

“Well that’s definitely not what the Brazilian commission said to me, they said it’s because I made false accusations they would not release the test. I happened to know for a fact in the past that the Brazilian commission has released test results to the media and when I made that statement to the UFC’s lawyers they responded to me with, ‘That’s inaccurate, to our knowledge we’ve never heard of that taking place’. My response was whether or not they have first hand knowledge of something happening has absolutely nothing to do with the accuracy of my statement. Apparently they feel like if they’re not in the know of something than it didn’t happened, which is absolutely ridiculous.”

“I think they just want me to go away. I didn’t make accusations against the Brazilian commission, what I said is if they are claiming to have tested for those things than it would be a lie. I don’t know that they were claiming that [that they tested Phil Davis for HGH and EPO] because I obtained that second-hand, it wasn’t directly from the CABMMA, which when we talked the first time is exactly what I said, [that] if this is what they are claiming then it’s a lie.”

Macias then commented on the CABMMA’s response, where they stated that Phil Davis was tested for EPO using a urine test.

“The problem with that is they’re claiming to adhere to WADA (World Anti-Doping Agency) standards and WADA standards do not call for a urine test, it very specifically calls for a hematological profile to be built overtime that they can monitor small changes within the athletes blood test. I think they really have no clue what WADA standards are.”

Macias’ says that all of this has led him to giving fighters one simple piece of advise, “Avoid fighting outside of the country at all cost.”

BJPENN.COM will keep you up to date with news from both sides of the story. Feel free to comment with your own thoughts.