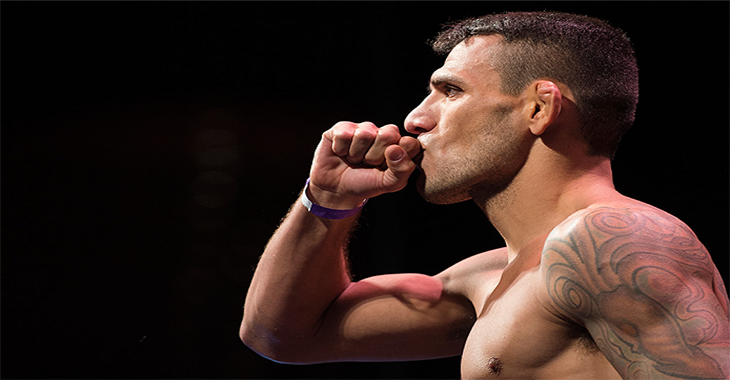 UFC lightweight champion Rafael dos Anjos is not at all concerned about Conor McGregor’s threats to move up a weight class and claim the 155-pound strap.

“RDA” recently told FOX Sports that McGregor is just a ‘small man’ who he would easily crush:

“I don’t care about (Conor) McGregor. He’s a small guy, I would crush him. If he wants to take my title I would love to crush him, but right now I don’t think he’s a big challenge. There are bigger names to beat.”

Do you think “RDA” would crush McGregor if “Notorious” moved up to the lightweight division? Sound off Penn Nation!