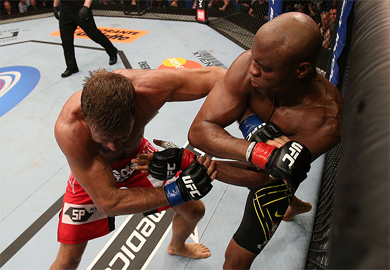 With that being said, here is what he said via his newsletter about UFC 153: Silva vs. Bonnar:

Estimates vary regarding how UFC 153 did on pay-per-view due it being so soon after the event, but the news looks positive in that the show appears to have outdistanced most expectations going in.

Industry estimates have ranged from 340,000 to 410,000 buys from various sources, for the show headlined by Anderson Silva vs. Stephan Bonnar. This would make it the most successful of the four events thus far held in Brazil, and the numbers may not even wind up too far off what UFC 152 did, for a show in Toronto headlined by Jon Jones vs. Vitor Belfort for the light heavyweight title.