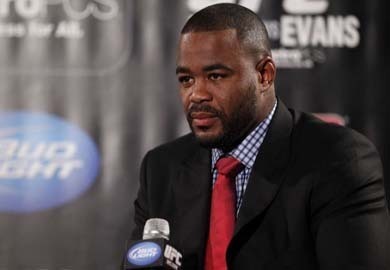 “I mean you know what, I think it’s good for the sport. There needs to be some excitement, something to happen. I think Chael has what it takes to not only bring it as far as talking, but he can actually bring it when the fight comes, too. It’s going to be interesting and exciting to see what happens. You have Jon Jones, one of the greatest champions in the making in the history of the UFC and he gets a chance to beat up somebody he don’t like. We all gotta fight and be on the contracts and stuff like that, but, it makes it that much better when you don’t like somebody and then you get to beat them up. So, it should be interesting to see what happens. This show, TUF, is probably going to be really crazy.”