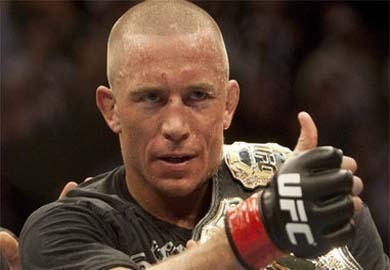 “Oh yeah, I definitely think he has a shot against Anderson. One thing about Anderson is this right here: Anderson’s a great fighter, but one thing with Anderson is that he has such a problem with defending the takedown. And then on the ground even sometimes he allows people to advance position way too much.”

“You see Chael Sonnen, the second time he fought him. He took him down and before the round’s over he had him in mount. You get a guy like Georges St-Pierre in a position like that, Anderson may not make it to another round.”

“You know [Silva]’s going to get taken down, but what it comes down to is does Georges have enough razzle dazzle in order to get in to take a shot? And I say ‘yes'”.

“I think Georges beats Anderson, yeah. I really do.”