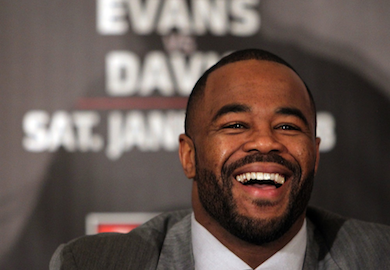 “I had goosebumps watching that performance. I believed he would win, but I had no idea how dominant he would look. Honestly, he looked like he was the champ and he was giving out technique lessons, and that’s what it was. He just completely schooled him and I’m impressed.”