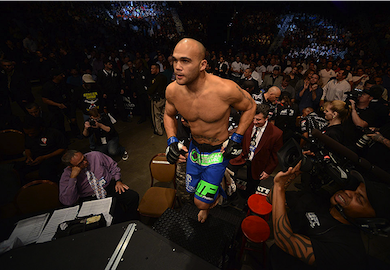 This past Saturday UFC fans tuned in to the UFC’s 20th anniversary card: UFC 167: St. Pierre vs. Hendricks.

It was an exciting night of fights topped off by one of the most controversial decisions in UFC history that saw welterweight kingpin Georges St. Pierre retain his championship belt in a 5-round battle with Johny Hendricks.

UFC 167 stirred up the UFC ranking ladder in several divisions. Below are the changes that occurred as a result of the fights. Head on over to the rankings section of our site for a complete top 10 rankings ladder for every division.

What do you think PENNATION? Do you agree with our rankings? Sound off in the comments section, and head over to the rankings section of our site for complete top 10 rankings.