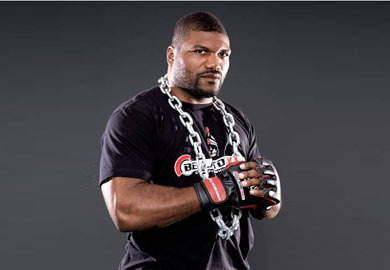 “Emanuel (The Bellator light-heavyweight champ) and I both share the same coach, the great Antonio McKee. That guy is the secret to my success in addition to my coaches at the Wolfslair. But the fact of it is, Emanuel and I, we both share Antonio McKee. We train together sometimes.

“My other coaches live in England; my team is in England. So, after fights and stuff, I take a week off and then I go up to Antonio McKee’s gym and I train with him, with the same sparring partners that Newton trains with, and we train together. So I don’t know how that’s gonna work.

During Saturday night’s post-fight press-conference, Rampage Jackson explained why a title shot may not work out for his Bellator future.