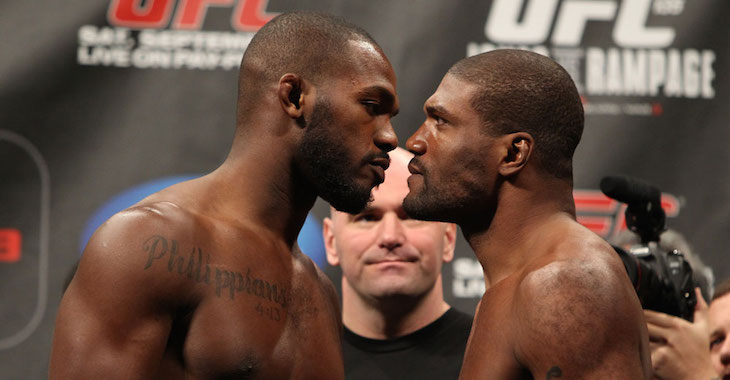 Rampage has previously stated that he dislikes oblique kicks because they could potentially end a fighters career, and in his case, apparently changed his knee forever.

“Honestly, I think that Jon Jones is bad for the sport because when he fights people, he injures us. He kicked my knee backwards. My knee is never the same.”

Prior to Rampage’s appearance on AXS TV it was announced that the UFC had formally reinstated Jones. Rampage gave his thoughts on Jones reinstatement, saying:

“I hope he learns from his mistakes. Everybody deserves a second chance.”