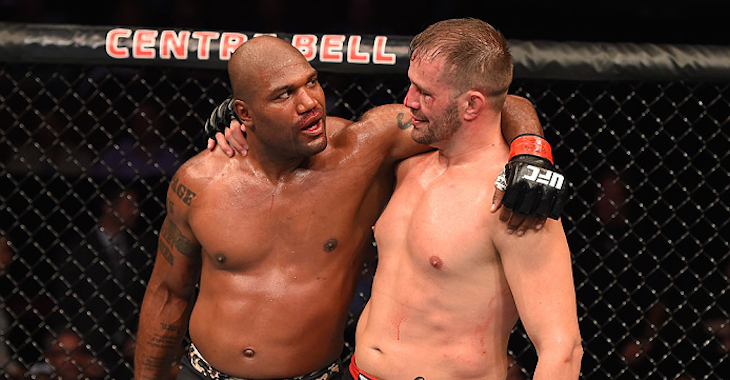 Rampage Jackson is really sick of ‘male groupies’ telling him he’s washed up and should retire. The UFC light heavyweight recently took to Instagram to vent some of his frustration.

We saw a similar statement come from heavyweight Frank Mir early in the week. Mir went after the keyboard warriors who kept telling him that he need to retire during a streak of losses prior to his win over Bigfoot Silva.

It seems like Rampage is talking about the same group of people, except he’s referring to them, strangely, as male groupies.

Jackson also shared a video with the statement, showing a montage of his days back in Pride and KOTC where he used to ‘f*ck sh*t up back in my day.’

I remember the days before all the bullshit,the injuries,annoying male groupies (you know who you are) when I only had 1 thing on my mind. Destroying my opponents, in an exciting manner. I was in my early 20s. Now in my late 30s I’m still doing the job I love.. But some hating male groupies that wish they were fighters call older fighters “washed up” or “has beens” well I dedicate this clip to all my real fans that’s been riding with me since day one.. Since KOTC and I say fuck those “never was” or “never will bes” cause at least I used to fuck shit up back in my day! Haha cause their time has past,and all they did was watch #respect