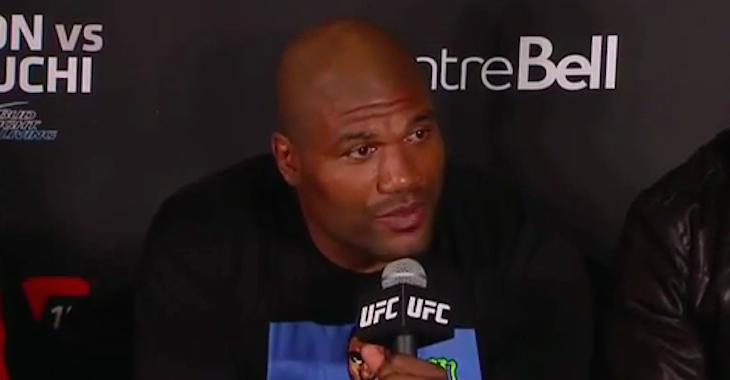 “The last time I fought was last May. I have no excuses. I wasn’t rusty or nothin’. This is the hardest I’ve ever trained in my career… I got no excuses. I just think that Fabio is not human. I would put everything that he was actually from Samaoa. I didn’t know what to do. I was thinking about blowing my bad breath on him but… I got nothing.”

Quinton “Rampage” Jackson made his return to the octagon this past Saturday night at “UFC 186”. What was supposed to be a knockdown, drag-em-out brawl turned into a slow slugfest with few shots actually connecting.

The two were supposed to originally face off at the event as light heavyweights. However, Jackson was pulled off of the card due to an injunction filed by Bellator. Once it was discovered that the injunction had been lifted, Jackson was also back on the card! However, he spent the week prior thinking he wasn’t going to be able to fight.

As a result of this, Maldonado and Rampage agreed to fight under a catchweight of 215. This no doubt hindered the cardio of the two in the match, but Rampage doesn’t blame his knockout on fatigue.

He stated during the UFC Post Fight Press Conference that he was surprised he couldn’t knock Maldonado out!