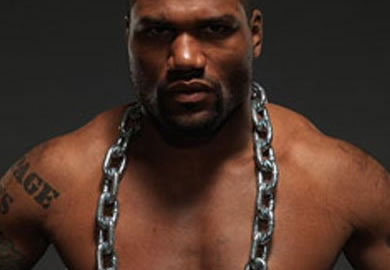 “Why do I care about Daniel Cormier? Is he in my league? He’s just talking ’cause that’s his boy. That’s what people do. I don’t think about stuff like that. That don’t bother me. I don’t care about what other people say. I know what I’m going to do to ‘Mo.’ I don’t care what Daniel says. Daniel can’t get in the cage and fight for ‘Mo,’ can he? OK.”

“Daniel needs to watch what he says before I smack the taste out of his mouth,”

During media workouts in Memphis to promote this weekend’s Bellator 120 pay-per-view card, Rampage Jackson responded to the recent criticism from Daniel Cormier.