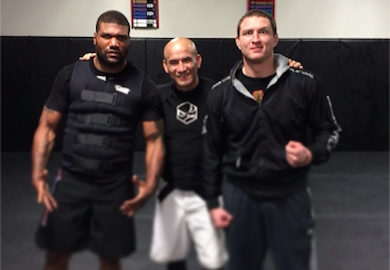 “I mean, Mayhem knows King Mo in and out. Mayhem trained with a lot of different people in MMA, and he mimicked King Mo perfectly. Mayhem is a great training partner and sparring partner. He’s very knowledgeable in MMA. And you know, Mayhem saw me make a comeback, and that has motivated him to make a comeback. So he has decided to make a comeback in MMA. He finally got his knee fixed.”

In a recent interview with MMAFighting.com, Rampage Jackson broke news that Mayhem Miller wants to return to fighting.

A UFC, Strikeforce and DREAM veteran, Mayhem Miller was at one point one of the world’s best middleweights. However, the California-based fighter had a severe and sudden fall from grace after being released from his UFC contract.

The former television star was arrested multiple times, caught making racial obscenities, and had, what appeared to be, a very public meltdown before being kicked off his fighting team by Mark Munoz. And that all happened within the last year.