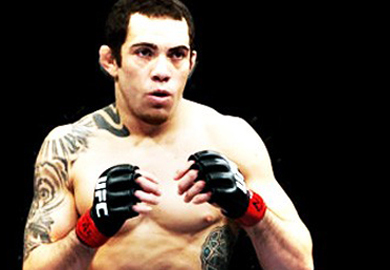 The injury bug has struck again, this time in the form of a broken handed Rafaello Oliveira.

Oliveira was scheduled to face “The Ultimate Fighter 15” winner, Michael Chiesa, on December 8th UFC on FOX 5 card set for the KeyArena in Seattle.

Oliveira announced news of his injury via twitter, but UFC officials remain tight lipped about the shift to the event.

Chiesa will likely face a new, yet to be announced, opponent once the UFC offices have found a suitable replacement.