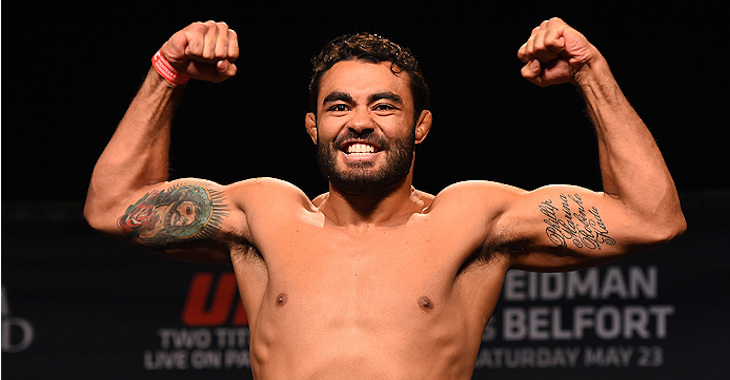 Rafael Natal is currently riding a 3-fight win streak in the Octagon which has seen him pick up wins over Chris Camozzi, Tom Watson, and Uriah Hall.

Following his last bout, Natal underwent surgery to repair a detached retina. Natal spoke to MMA Noise to discuss the surgery, as well as his return to training.

“I get there and I think I’m going to have a great vacation, but after three days I realized my eyes were not good. And when I get to the doctor he said I have retina detachment. We don’t know if it was in the (Uriah Hall) fight or if it was in the training camp for the fight. It’s hard to know, but it was the worst injury that I had in my life. I’ve never had nothing serious like that, you know? I tried to not say anything to nobody because I didn’t know if I could fight again. I stayed with my family, I got support from Renzo, UFC gave me support. After two months, I did two surgeries in Brazil and after they said I was going to be ready for a fight soon. So I am very happy because I already started training and I’m happy that I can keep going with my career.”