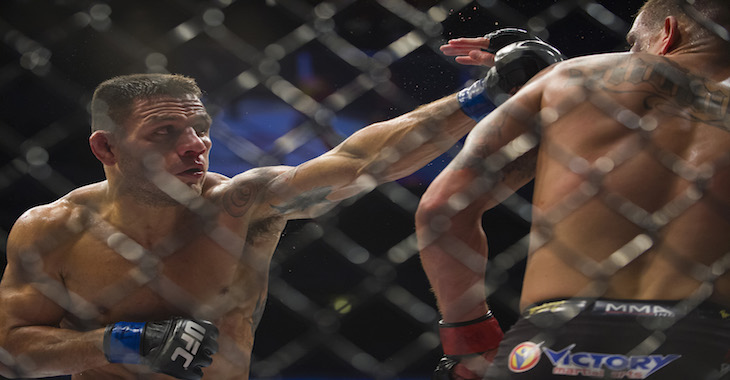 UFC lightweight Bobby Green talked to BJPENN.COM Radio and had some interesting things to say about the new lightweight champion Rafael dos Anjos, mainly, essentially accusing him of using some kind of performance enhancer.

Now, the champ has responded. Recently talking to MMAFighting, dos Anjos says he thinks Green was just trying to get some attention by making those comments.