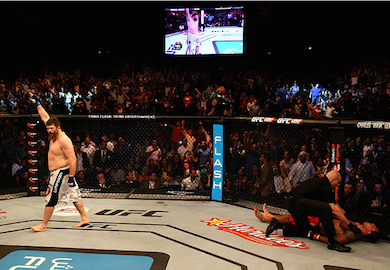 It wasn’t a shocking result, but it was a dramatic one that sent a shockwave through the MMA community.

Here’s what the pro’s said about the bout:

Whoooo what a KO by big country!! Nasty

Roy with the galloping right hand