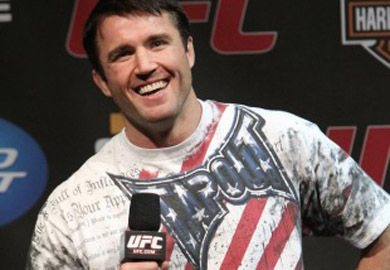 Yesterday afternoon the world went into a state of shock when learning of the retirement of Chael Sonnen.

Here’s the reaction from some notable professionals:

Just heard about @sonnench, loved watching u compete n ur style, the game won't be the same w/o u…God bless to u n ur fam…

These guys that have used testosterone and other steroids can't compete clean. I tip my hat to Chael Sonnen for retiring. #UFC #PED #TRT

Just saw the news. @sonnench is one of the nicest guys I've met in this business. Wish him and his family the best.

It's ok!! The Bad guys aren't going anywhere. #teamdarkside will live through @UriahHallMMA and myself! #Kaboom @sonnench @ufc

"@OfficlUFCBeebuh: So…how much is @danawhite gonna pay @Cowboycerrone to fight in Chael's place this weekend? Ill do it for free

It's a sad day. @sonnench retired.