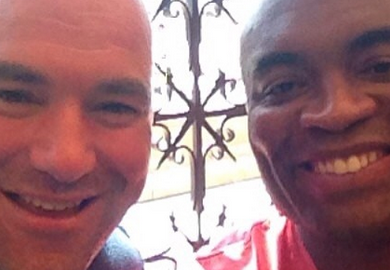 With the recent news that a real-life UFC super fight is going down between Anderson Silva and Nick Diaz, the MMA world, excited with anticipation, took to twitter with their reaction.

If @nickdiaz209 vs @SpiderAnderson doesn't get you excited then you seriously need to revaluate your life. #JustSayin

@nickdiaz209 so pumped to see you fight again. I'm kind of jealous of your opponent but excited nonetheless.

Screw it. I'm going to take steroids, and/or lose fights so I can get big super fights and/or title fights.

Gotta go with Nick on this one!

Looks like @nickdiaz209 is finally getting that MF'ing breeeaaad!!!$$$ ya buddy. Oh how I rarely get excited for shit like this.

@nickdiaz209 congrats on getting the fight bro. Looking forward to it, fireworks. #WARNICK

How will Anderson deal with someone targeting his shin? Or will he retain that GOAT status? I'm thinking good chance he loses now…#ufc