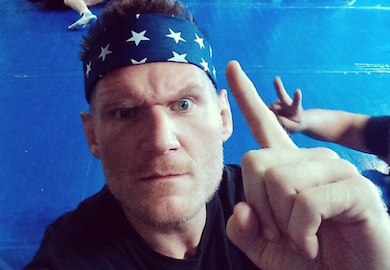 Team U.S.A. has had some moderate success in this year’s FIFA World Cup. And though, they recently lost to Germany, they still get to advance through to the next round.

The MMA World took to twitter with reactions and commentary throughout the match.

No pressure, well except for BILLION people that are watching. @ussoccer @ufc #usa #LetsDoThis pic.twitter.com/2HgLPyieKM

its good to see captain america at the america vs germany game supporting the players. what a guy

The ref needs to give himself a yellow card #USAvsGER