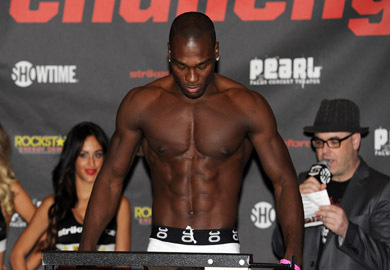 Fresh off the heels of his ‘UFC Fight Night 31: Fight for the Troops’ victory over Brian Houstin, Derek Brunson is going after A-listers to help him with his UFC walkouts.

Hey @MileyCyrus will you walkout with me my next fight singing "We Can't Stop" make sure you bring your foam finger & twerkin ! #UFC