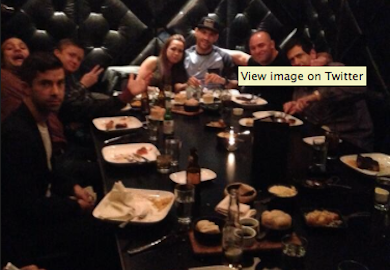 When you’re the man who dethroned ‘The Spider’ you instantly garner some additional swag.

Which is why it should come as no surprise to anyone that UFC middleweight champion, Chris Weidman, enjoyed a nice steak dinner from the very posh STK restaurant in Las Vegas just one evening before his first title defense.

Here’s what Anderson did on his pre-fight eve.