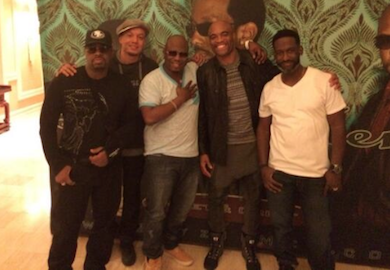 Former UFC middleweight champion, Anderson Silva is doing his best to not let the pre-fight jitters get the better of him.

What better way to accomplish this than going to see the legendary Boyz II Men in concert while in Vegas.

Today I lived an unforgettable moment. I went to see BOYS II MEN, a group I grew up listening to in Brasil. pic.twitter.com/iZaJAVXixq

See what Chris Weidman did on his last night before the fight HERE.