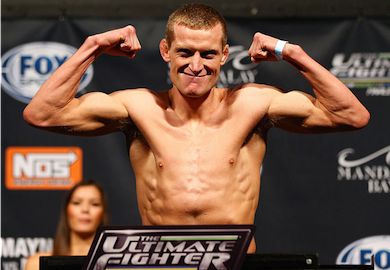 Even though Team Alpha Male’s Chris Holdsworth was crowned the TUF 18 champion with his win over Davey Grant last weekend, the tournament final runner-up still gets his shot on the big stage of the UFC.

According to a recent twitter post made by the U.K.’s Grant he too has inked a UFC deal.

Just found out that @danawhite is going to give me a UFC contract 😃 I'm ecstatic. I'm going to fight my fucking ass off thank you so so much