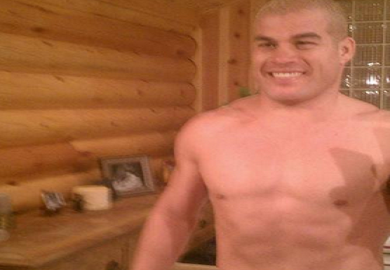 Former UFC fighter, and multiple time steroid abuser, Stephan Bonnar found himself in quite a predicament earlier today when he accidentally retweeted a leaked picture of Tito Ortiz’s penis, which was posted by another Twitter user.

Once Bonnar realized his error he was quick to explain himself.

“That pic was originally tweeted by @danammawhite. Check his feed it’s still up. I just meant to reply wtf!?..but ended up re tweeting with that. Please check and see for yourself”

To be clear, the user who posted the picture, @danammawhite, is not UFC President Dana White.

The original photo was leaked back in 2011 from Tito’s Twitter account. Although he never denied that the picture in question was in fact actually himself, Tito removed the picture and the Tweet, claiming a hacker leaked it from his phone.