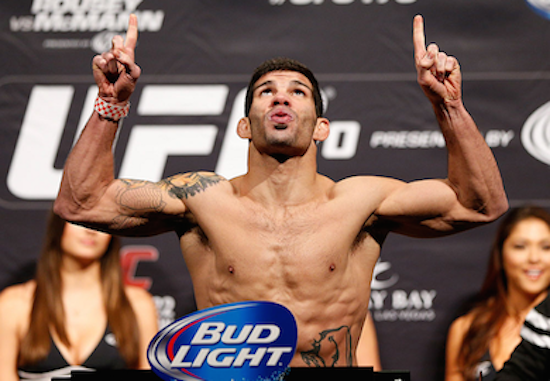 Top ranked UFC bantamweight Raphael Assuncao broke the news earlier today that he is injured, and will not be competing for an unknown period of time.

This comes on the heels of former champion Dominick Cruz’ announcement that he tore his ACL and would be out for an unknown period of time (See that HERE).

We would like to wish Raphael Assuncao a speedy recovery, and a quick return to the Octagon!

With two of the UFC’s top ranked bantamweights out, who do you want to see TJ Dillashaw defend his belt against next?