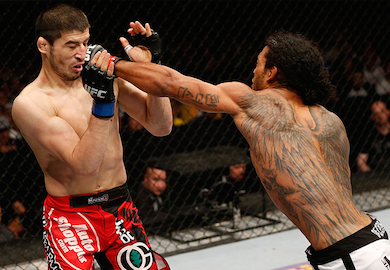 BJPENN.COM has compiled the reactions of several notable pro-fighters and MMA insiders so you can get a glimpse of Saturday’s Hangover.

Ben Henderson is cooler than a fan in the octagon ! #sorelaxed #UFCFightNight