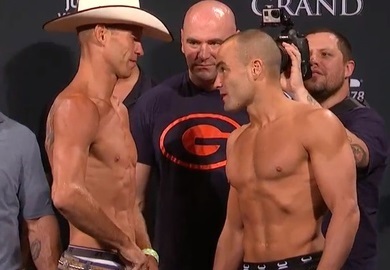 Below are some of the best Tweets from UFC fighters regarding the Fight Of The Night performance by the two men.

@joerogan I know you like me so I won't hold the "last great fighter outside the UFC" comment against you. Don't let the bald man bias you.

Cowboy coming on stong in this round! #UFC178

Cowboy is getting locked in, when he gets locked in sh*t normally ends #UFC178

Great scrap! This round will decide @Cowboycerrone wants it @ufc #UFC178 http://t.co/Yrp3w1RGdr

Cowboy was inches from finish. That was a great fight #UFC178

Cowboy was inches from finish. That was a great fight #UFC178