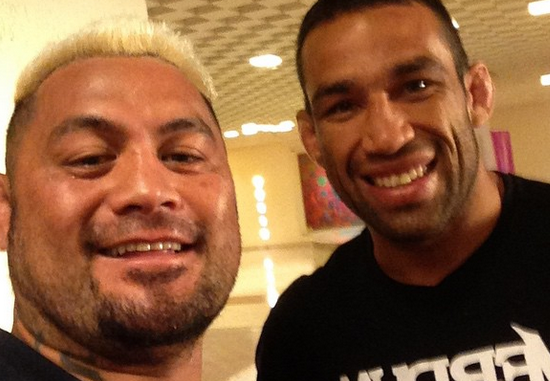 During the bout, the Twitter-verse was sounding off for blow-by-blow reactions, which we have compiled.

I feel like I’m watching UFC 1 all over again. #strikervsgrappler #UFC180

Werdum ain’t doing shit from his back but Joe still talking about his BJJ. #FuckOuttahere

That was a dirty well placed knee. Wow #UFC180

HUGE knee by Werdum decks Hunt. Ground and pound and IT IS OVER! Werdum by TKO in the second. What a turnaround! WHOA

Great contrast of styles fight it was ,Congrats @FabricioWerdum !!!