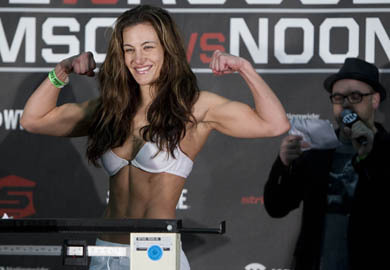 Former Strikeforce bantamweight female champion, Miesha Tate, took to twitter recently to announce that she has been signed to the UFC roster.

The news comes on the heels of the historic announcement that Ronda Rousey was the first female signed to the world’s largest Mixed Martial Arts promotion.