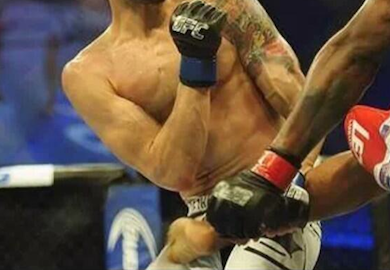 UFC lightweight, James Krause, was the recipient of two low blows and one questionably low blow last night during the UFC Fight for the Troops 3 card when he faced Bobby Green.

The bout didn’t make it out of the first round and to the surprise of many, a third low blow, deemed not low at all, stopped the fight leaving Bobby Green the victor.

Check out the footage here and see for yourself.

For all you guys saying I was faking and it was on the "belt line". I'm a lot of things but a liar isn't one. pic.twitter.com/Q25pHkIu97