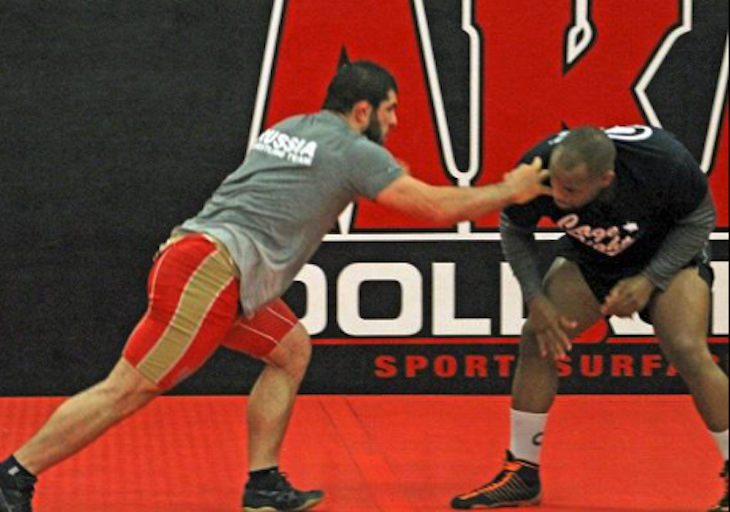 Olympic wrestling gold medalist, and 5 time world freestyle champion Khadzhimurat Gatsalov may have just dropped a big hint that he could be venturing into the MMA world.

Gatsalov defeated Daniel Cormier in the 2004 Olympics, and was brought into Cormier’s training camp ahead of UFC 182 to help Cormier prepare.

He sent out the following Tweets recently, potentially hinting at a future MMA career.

A lotta people asking me, am I going to try MMA? I tell you this: if I come I don't wanna just come and try, I wanna come and dominate.

RT if you wanna see me in MMA pic.twitter.com/qw6dAF9Vte