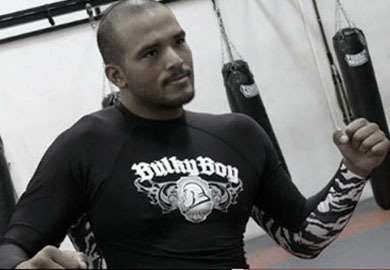 Southern California’s Joey ‘The Mexicutioner’ Beltran, has left the Ultimate Fighting Championship following his latest loss at the hands of Fabio Maldonado.

The former heavyweight turned light-heavyweight returned to the for his second promotional stint following a 3-4 run as a heavyweight. During his tenure in the 205 pound division, Beltran dropped a fight to Te Huna before handling Igor Pokrajac only to fail a drug test for PED’s and get suspended.

In his latest fight he lost a razor-thin decision to the aforementioned Maldonado and that was all she wrote:

Thank you to @ufc @danawhite @lorenzofertitta & #JoeSilva for the opportunities you have given me. Time for a new chapter in my fight life.