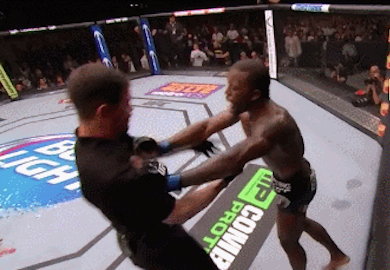 He was immediately released from the UFC, and following that release and all the PED fall-out in the UFC, High took to twitter with the following:

IT WAS AN ACCIDENT! Oh well…