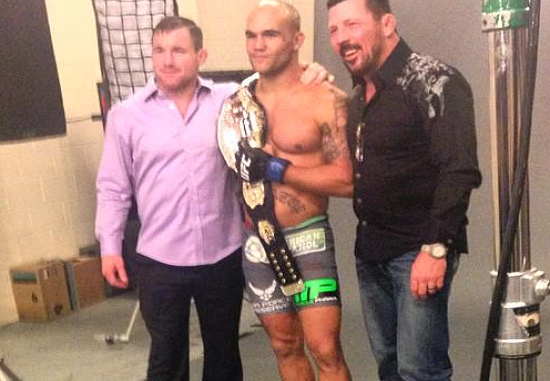 At UFC 181, when announcer Bruce Buffer read the judges decision for the main event between Robbie Lawler and Johny Hendricks that declared Lawler the winner, and champion, former champions Matt Hughes and Pat Miletich joined Lawler and his team in the Octagon to celebrate.

Unlike other championship bouts, where UFC President Dana White puts the belt on the champion, this time Matt Hughes wrapped the belt around Lawler, something he considers one of his greatest memories in the Octagon.

One of my greatest memories in the octagon. @Ruthless_RL pic.twitter.com/QGzO2wTN4l