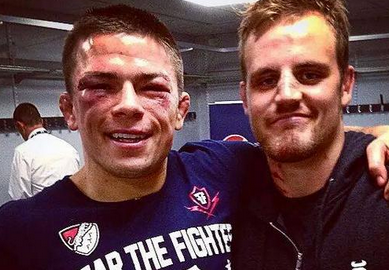 After the bout, Nelson pulled Story aside for a picture.