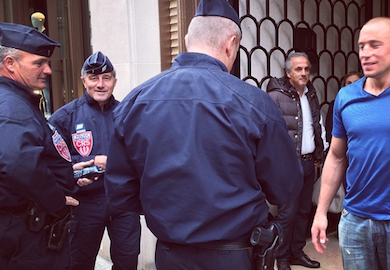 Former UFC welterweight champion, Georges St-Pierre is becoming quite the traveler since his UFC exodus.

But during a recent trip to Paris, the French-Canadian got a scare.

He says it best:

“In Paris it’s afternoon out of my hotel, I was nervous when the police arrived. It was not to stop me but just to take pictures … lol”