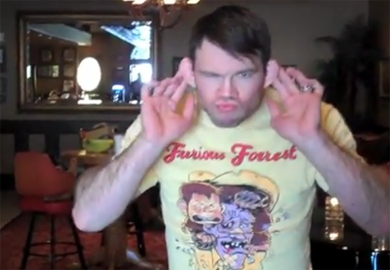 With today’s news that Forrest Griffin failed a drug test given to him for the UFC 101 event back in August 2009, Griffin has come under fire for being on the anti-depressant Xanax during a fight that turned out to be a one-sided affair against Anderson Silva.

Griffin was interviewed by Ariel Helwani on the MMA Hour today where Griffin admitted that he failed his test and also that the Pennsylvania State Athletic commission kept it quiet.

A short while after his interview, Griffin went to twitter to clear up that he was not feeling the effects of the drug during the fight, as he had taken the drug the night before to deal with nerves.

For the latest MMA news visit BJPENN.com
This article appeared first on BJPENN.COM