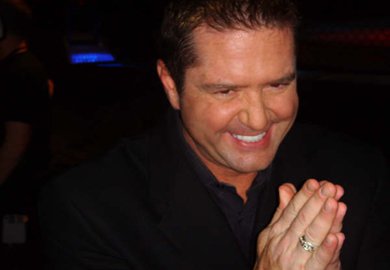 Longtime UFC commentator Mike Goldberg stepped into the broadcasting booth for the NFL to call a game between the Minnesota Vikings and Detroit Lions earlier today…and fans haven’t been too happy with the result.

Ronnie Milsap would be a more competent play-by-play voice than what FOX has given us this afternoon.

"Third and 17…fourth and 5, pardon me." HOW DO YOU GET THOSE CONFUSED!? #Vikings

Fox's Mike Goldberg just said of a pass Teddy Bridgewater threw, "The intended receiver was Golden Tate." They're not on the same team, Mike

Mike Goldberg got faked out about who had the ball on his first play as an NFL on FOX play-by-play man.

"The ball is deflected… NOPE! Still in his hand." – Mike Goldberg

This is the worst announcing I have ever heard in a game haha wow. I like Mike Goldberg but wow

"Powering ahead for a 1st down." – Mike Goldberg Player was a yard short. 4th down. Cc:@jordanbreen

Mike Goldberg of @NFLonFOX just called an 11 yard gain a " 6 or. 7 yard gain ". Another inaccuracy

Mike Goldberg is awful. I've had better announcing on the subway.