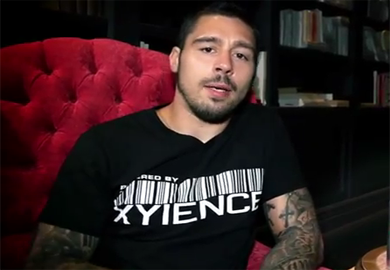 Dan Hardy has been vocal in the past about his dislike of Matt Hughes’ favorite hobby, hunting, (Read about it HERE)

Today when it was announced that Hughes would be getting his own 4-part series centering around hunting, Hardy responded via Twitter.

@BloodyElbow that man is a real piece of shit. And I never swear on social networks.