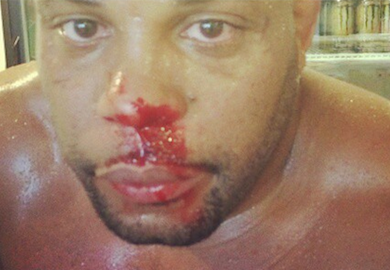 And he’s taking it seriously.

Here’s the latest from the UFC’s number 1 contender:

Just filthy training today akahq. How else do u train for a fight? U fight. Getting ready. The grind… http://t.co/MiXgrsGjv1

"@Loki_Broski_: @dc_mma so after you finish chicken boy @JonnyBones who would you like to defend you belt against? Guss or AJ" rematch!