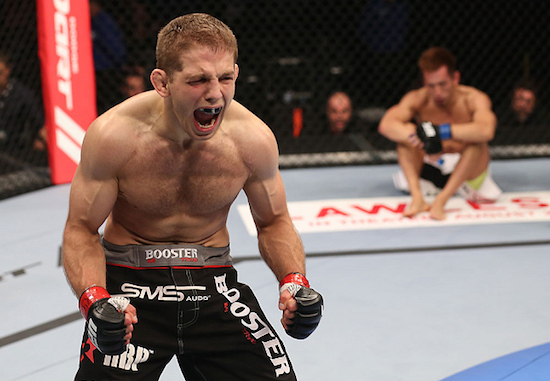 Yesterday, Irish Mixed Martial Arts Mega-Star, Conor McGregor put the entire UFC featherweight division on notice, and called for his 145-pound fighting peers to give up their women and kiss his feet.

.@TheNotoriousMMA says Defeat is the secret to success….let me help you be more successful kid! #SpeakUpDannyBoy

Not only would I grind @TheNotoriousMMA's face into mat, I'd whoop his ass on the Mic too!! #SoundOffSally #ICantHearYou !!