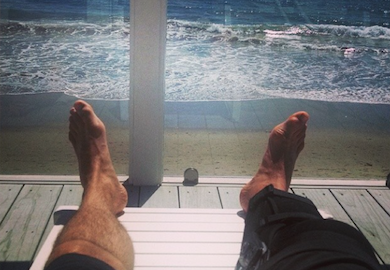 It’s a common injury in Mixed Martial Arts, but at least Carlos has a great view after his surgery to repair the knee.