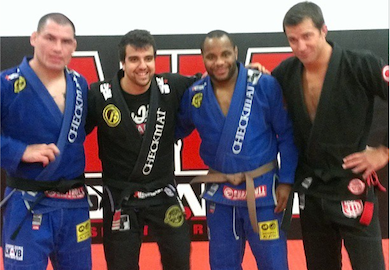 Yesterday was belt promotion day over at the world-famous American Kickboxing Academy.