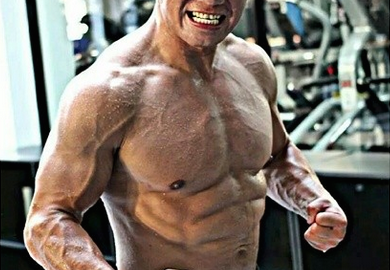 This morning in China, Cung Le was stopped by a dominant Michael Bisping.

Prior to the UFC Fight Night Macao main event, many people thought the new physique of Le (Pictured) was evidence of a less-than-clean fighter.

Apparently Brian Stann was one of them.

Following the bout, the UFC on FOX commentator took to twitter with the following:

Miss this morning’s fights? We have replays, including the main event, RIGHT HERE!