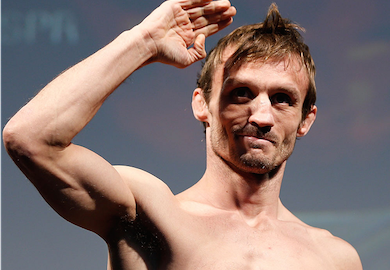 Fresh off his UFC Fight Night London victory, UFC flyweight Brad Pickett, wants that fight against Ian McCall that eluded him prior.

Hey @Unclecreepymma you think you might be fit to fight for the 31th May in Berlin or 19th July in Ireland ? #unfinishedbusiness

@One_Punch ya I should be good by then. I'm fragile lately so don't wanna make any promises haha

The two fighter’s were supposed to face off last weekend at the O2 arena but an injury sidelined McCall.