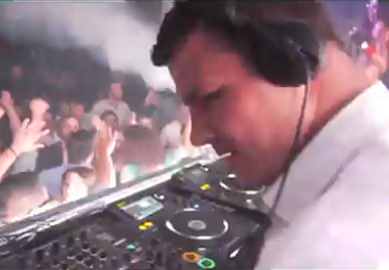 DJ Michael Bisping is a master on the ‘one’s and two’s’.

His spinning prowess is so high-level that if ‘The Count’ should want to give up cage fighting for a worldwide tour of dominance in the area of night-club DJ’ing, he could do it with ease.

If you have never seen Bisping entertaining crowds, check out one of his gigs in Hollywood RIGHT HERE.

After you’ve ‘recognized Bisping’s game’, proceed below to see where you can catch this literal ‘spin doctor’s’ next performance.

Taking off, planning my set for liv nightclub gold coast on wednesday. See you there! pic.twitter.com/YMhuid5VoJ

Are you not entertained??