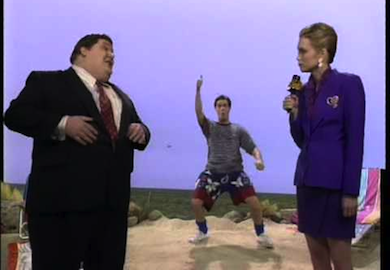 The rivalry between Michael Bisping and Tim Kennedy isn’t going to go away anytime soon.

The two fighter’s will likely go back and forth like this until the UFC decides to put them in a cage to settle their differences.

Until that time happens, be on the look out for more entertaining jabs from ‘The Count’ as he attempts to dissect the personality flaws of his most recent antagonist.

In his latest twitter blast, Bisping likened Kennedy to that of Jim Carrey’s ‘In Living Color’ skit about the ‘Background Guy’.

Background guy reminds me of someone trying to get noticed, perhaps a certain Tim 'background guy' Kennedy http://t.co/9wGHLmXgxX